Even this year the SwissTV-RSI / Il Quotidiano aired, “Get Together for Christmas" almost half a century later, about the Swiss Italian who emigrated to North America.

Emigration has always played a particular importance in the program schedule for the Italian-speaking Swiss Broadcasting. In the ’60’s and the ’70’s,Bertoni, Locatelli and Regusci were visiting a different region of the world to meet the protagonists of our diaspora and document it. The original "Get Together for Christmas", offered a look into the lives of Swiss Italian's emigrants and rejoined them (across the screen) to their loved ones who remained in the homeland.

Every story of emigration is based on a trip and every trip is kind of an adventure. During the last two years, Alberto Engeli and Mattia Bertoldi (the coordinator of "OltreconfiniTi", the platform for those seeking information on emigration from Ticino) have understood that the new project "Get Together for Christmas" went beyond their expectations. Since the very first day they realized they not only had to shoot TV footage, but also had to collect the best memories of 13 American-Ticinese families in order to offer them a new look on their past.

So after the trip to California in 2015, in 2016 they went on the path of the descendants of the people who were interviewed in 1970. Thanks to the coordinator of il “Quotidiano” Massimiliano Herber and with the support of Pro Ticino they went in search of them to understand how the families of these "Ticinesi" have been able to take root in North America. They met the children and grandchildren of these immigrants and showed them the original documentary, often provoking strong emotions. Only in 2016, they traveled over 2000 miles in 7 different US states to find the descendants of five families who over the decades have kept in contact with their Canton of origin: Ticino.

The encountered families are those of: Redio Ceppi, Morbio Superiore (whose two daughters have spent several summers in Ticino), Ada Moresi (who left Ticino in the twenties then returned to Capriasca twice accompanied by her grandchildren), Renzo Santini (who went back once to Val Morobbia accompanied by his son Jeff), Fausto Meraldi (who was a mechanic in his father's garage in Cresciano then came to America to work at Nasa; his daughter, Pascale Meraldi, has gone back to Ticino 4 times), and finally Fernando "Nando" Garbani (who is 92 years old, from Vergeletto, and was able to see the interview filmed in New York in 1970 for the first time)

Remember: even if you are a second or third generation, you will always be “Ticines”. 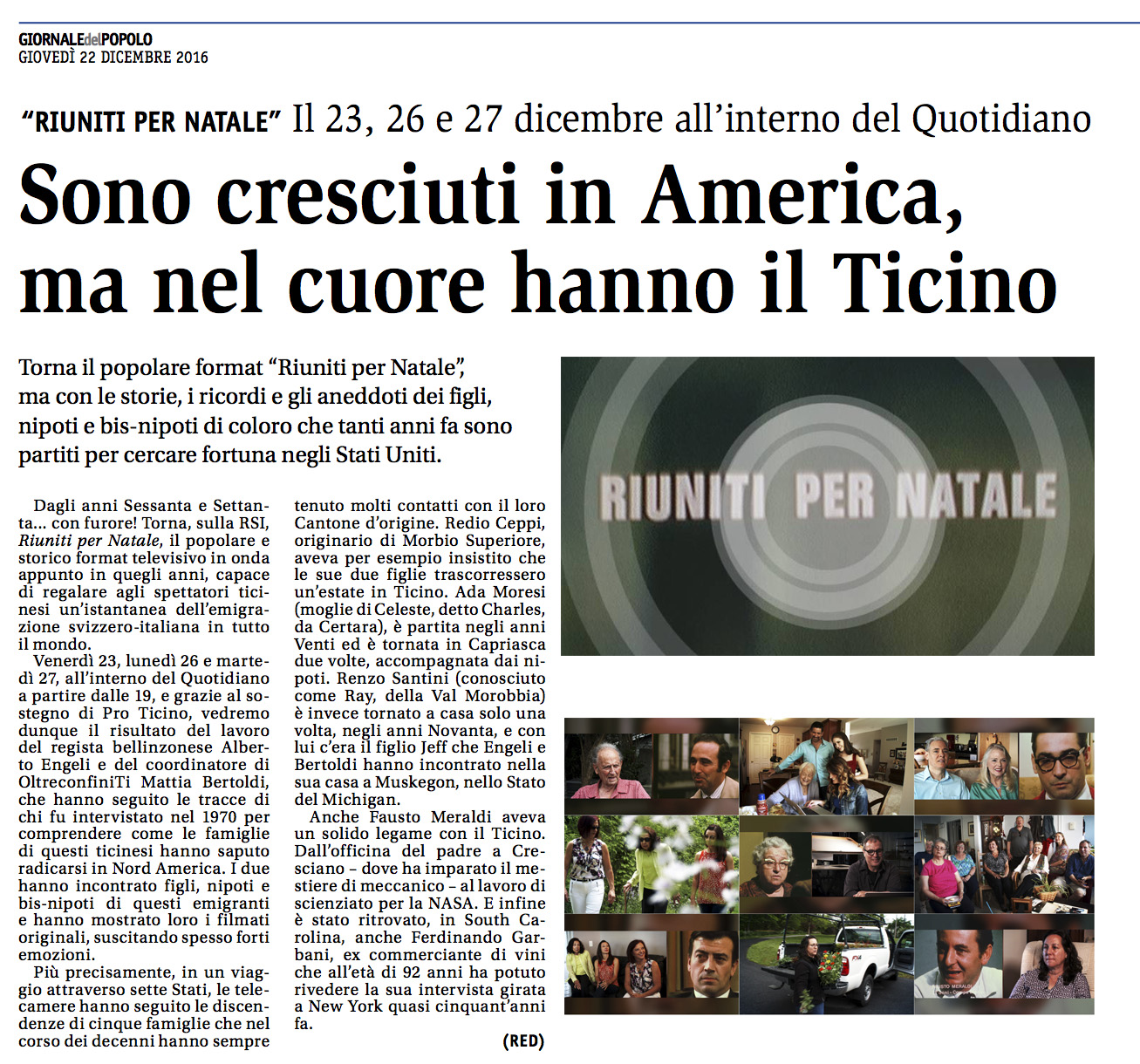 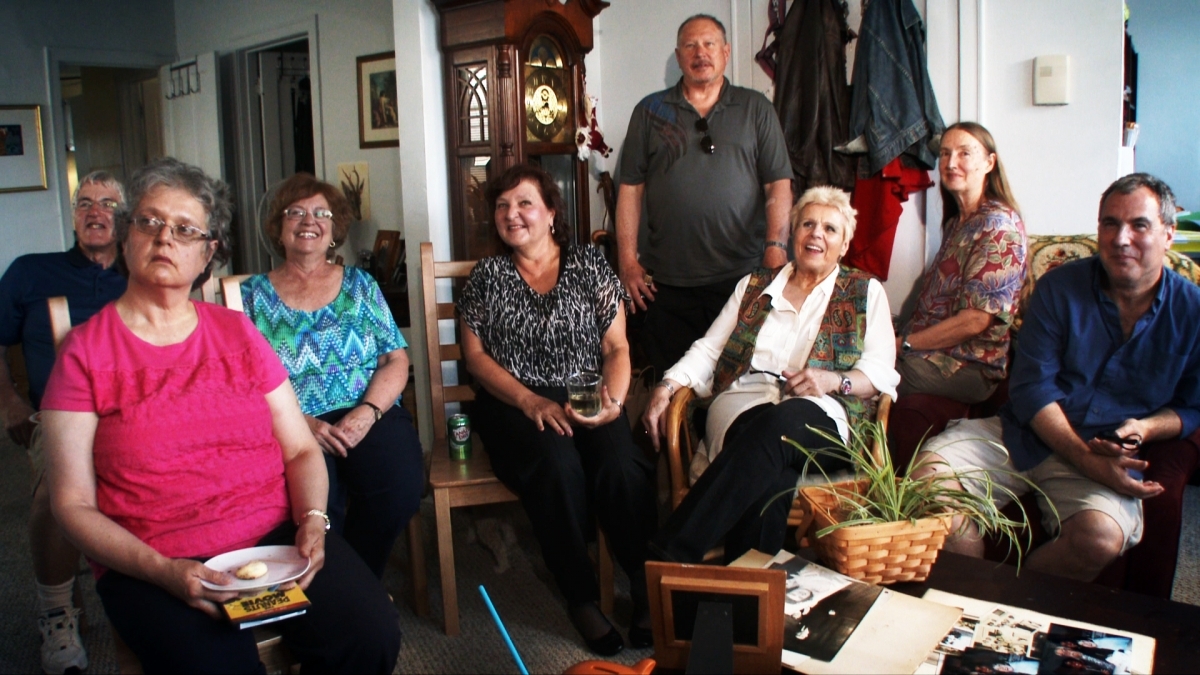